If you love nature or are just the outdoors-type, walking and hiking trails are a great way to combine the two and enjoy breathtaking views; the sights, sounds, and smells of nature; and simply get away from the day-to-day for the proverbial breath of fresh air and piece of mind. Though this list is certainly not all-inclusive, here are some of the best places to go in order to make that happen; ranging across all difficulty levels. 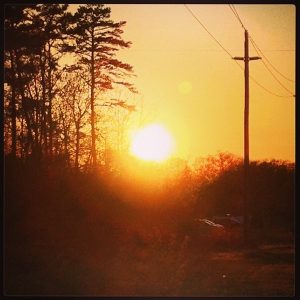 The Tuscarora Trail (formerly the Big Blue) passes through the park as it connects the Appalachian Trail with other state trails. There is a Civil War marker within the park describing the Toms Brook Battlefield and its located in a meadow that overlooks Signal Knob, part of Massanutten Mountain. 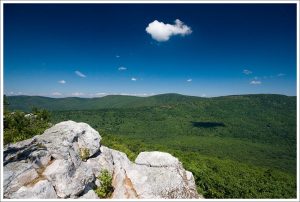 Tibbet Knob: (Located at Wolf Gap Recreation Area Woodstock, VA 22664) is the “sister hike” to Big Schloss. Starting from the same parking location at the Wolf Gap Campground the hike heads in the opposite direction along the Tibbet Knob Trail. Although shorter, this hike is not as family friendly because of two short, steep scrambles to the main Tibbet Knob summit.

Big Schloss is one of the most well known and most panoramic hikes in the region, with an almost 270° vista from the main overlook. Tibbet Knob is nearly identical in distance to the Big Schloss hike and every bit as spectacular. Boasting a wider and more spectacular panorama to the north and west, a wonderful vista just below the high point to the east, and a perfectly placed campsite in the whole Great North Mountain area. The Big Schloss hike tends to be more populated on nicer days, the Tibbet Knob hike generally has a smaller number of hikers. For vista after vista without the crowds, this hike is hard to beat. 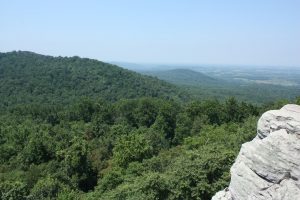 Raven Rocks: (Located at VA Route 679 And Route 7 Bluemont, VA 20135) has one of the most amazing viewscapes in the area. Although the distance is only 5.5 miles with a vertical gain of 1530 feet, there are three strenuous ascents on this out-and-back hike. Raven Rocks is also a popular area with rock climbers, as it can be accessed by a road 0.4 miles from the east.

Make sure to wear sturdy footwear as the hike that remains entirely on the white blazed Appalachian Trail is extremely rocky. The Raven Rocks hike follows a rocky stretch of the Appalachian Trail, climbing and descending three times before reaching an overlook with beautiful Virginia views of the Shenandoah Valley and mountains. Hiking sites rate the trail as moderate, but the hills are steep and rocky, making it a fairly challenging hike. 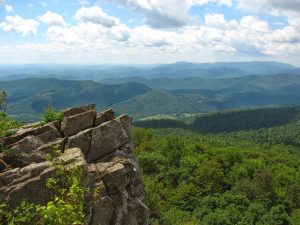 Mount Marshall Trailhead: (Located at Skyline Drive Front Royal, VA 22630) with its rock cliffs and a walk on the Appalachian trail, Mount Marshall is a classic Virginia mountain. Mount Marshall is one of the most accessible Shenandoah peaks from the Washington, DC area. It is on the Appalachian trail and is accessible from several points off of Skyline Drive, as well as from a long day hike off of route 211. The summit area provides some of the most scenic views of the Shenadoah Valley and surrounding mountains. 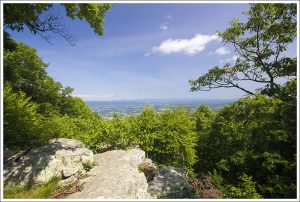 Signal Knob: (Located at George Washington National Forest Warren, VA 22630) The Signal Knob hike in the George Washington National Forest has spectacular views of Strasburg Virginia in the Shenandoah Valley, as well as Buzzard Rock in Fort Valley to the east. At 2106 feet, Signal Knob gets its name as both Confederate and Union troops who used it as a lookout during the Civil War. The Confederate Signal Corps controlled the outlook from 1862 until August 14, 1864, when Union troops defeated the 61st Georgia Volunteer Infantry and took control of the peak.

The Massanutten Trail, maintained by the Potomac Appalachian Trail Club, leads hikers and mountain bikers up to Signal Knob. There are many loop options of varying lengths which may be combined with the Tuscarora Trail. Trails in the Signal Knob area are known to be less crowded than Shenandoah National Park to the east. 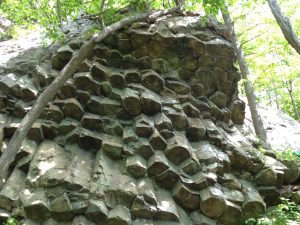 Compton Gap Trailhead: (Located in the North District at mile 10.4 on Skyline Drive) This hike stands out as one of the most accessible opportunities to see some amazing examples of the geology in the park. It’s hard to say what is more of a reward on this hike, the outcroppings of volcanic columnar jointing or the views from the Compton Peak overlooks.

See Prismatic Features: Millions of years ago plates on the earth’s surface in this area began pulling apart, and lava—at first it was black-colored basalt, but eventually it metamorphosed into the greenstone you see today — oozed up out of the earth and through the cracks between the plates. As the lava cooled, it shrank into intriguing six-sided shapes down through its depths, forming columns. Geologists call this columnar jointing. Take the Compton East hike to see an example of columnar jointing, one of the finest in the park.

See Ancient Colors: Fort Windham Rocks and all the greenstone in this area are part of the Catoctin Formation, a series of related lava flows in Virginia, Maryland, and southern Pennsylvania, which includes the Pedlar granodiorite — the oldest rocks in Shenandoah National Park. These rocks are being broken apart, little by little, by the power of ice and frost. Because the rocks at Fort Windham are covered with lichen and weathering rapidly, they feature some fascinating colors. 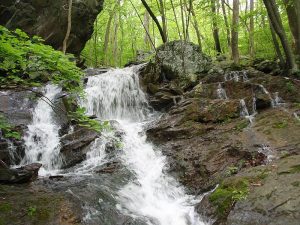 Buzzard Hill: (Located at Morgan’s Hill Road in Bluemont, VA) is a section of the Appalachian Trail that offers a great 2-3 hour day hike for those looking to get out of the house and into nature. The hike is of medium difficulty as you traverse rocky terrain and a decent change in elevation.

Parking is just on the side of the road next to the opening of the trail, but finding a space is almost guaranteed since this is such an uncrowded hike. Follow the white trail markers for a 2 mile trail up to the Buzzard’s Hill Peak, and return on the same path you came. Along the way, a recommended side trail at Hollow Brook takes you up to a great waterfall, which has a cool viewpoint looking down the brook. The hike is best for a small group or individual. 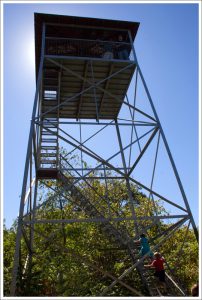 Woodstock Tower: (Located at Woodstock Tower Road by way of Mill Road Fort Valley, VA 22652) was built by the Civilian Conservation Corps provides a stunning, 360-degree view of the town of Woodstock, Fort Valley and the seven bends of the Shenandoah River at over 2000 feet. This area is now part of the George Washington National Forest and abounds in hiking trails and areas for camp sites. 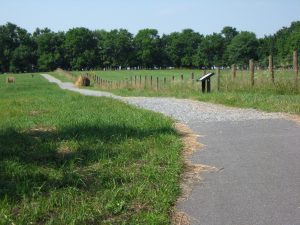 Third Winchester Battlefield Trails: (Located at Third Winchester Battlefield, 541 Redbud Road Winchester, VA 22603) are accessible year-round and consists of a 5 mile walking and biking trail. Visitors can take a self-guided tour on this path, complete with interpretive signage and scenic views. The system of bicycling and walking trails meanders through farm fields and forests of the Redbud Run watershed where the Third Battle of Winchester occurred in 1864. Redbud Run supports brook and rainbow trout, wetland wildflowers, birds and wildlife.

Because of its size, intensity, and result, many historians consider Third Winchester the most important conflict of the Shenandoah Valley. Over 54,000 forces were engaged in the battle with over 8,600 estimated casualties. 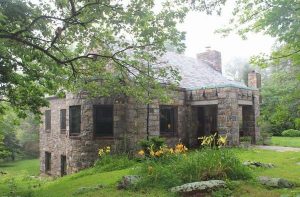 Blackburn Trail Center: (Located at located at 34899 Appalachian Trail Rd., Round Hill, VA 20141) is an absolutely workout and a reasonably difficult trek in and around the area, so have some experience before throwing yourself into “The Rollercoaster”. Snickers Gap to Blackburn Trail Center is a 7.7 mile moderately trafficked out and back trail located near Bluemont, Virginia that features beautiful wild flowers and is rated as difficult.

The Roller Coaster, a 13.5-mile length of trail packed with non-stop ups and downs, is one of those under-appreciated stretches of trail. Consider it the “overshadowed little brother” to the A.T. inside nearby Shenandoah National Park. The Roller Coaster is the A.T.’s swan song in Virginia, offering the last memorable piece of trail before reaching the “psychological half-way point” at Harper’s Ferry, W.Va. Known for its constant elevation change, you’ll climb more than a dozen significant hills for a total of 5,000 feet of gain as you make your way toward West Virginia. The tread is rocky, and the climbing is short but steep without a switchback in sight thanks to an unusually narrow right of way for the trail.