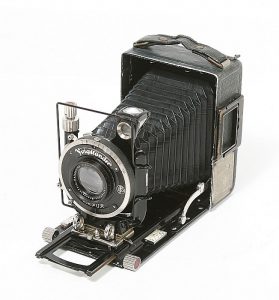 Whether you’re looking with an eye of artistry or simply looking for a place to be seen, compiling evidence of a visit, or adding to your selfies collection, special events, weddings, and prom pictures; these are some of the best places to take photographs in Winchester, Virginia… with history dating back to the beginnings of our country, there are countless places to take excellent photographs and satiate your artistic desires from behind a camera.  There are historical places which include Stonewall Jackson’s Headquarters, Patsy Cline Historical House, Abrams Delight, and Frederick County Courthouse.  There are architectural marvels including John Handley High School, The Douglas School, Handley Library, Hexagon House, and Glen Burnie.  There are scenic areas with amazing views including Star Fort, The Museum of the Shenandoah Valley, Shenandoah University, Jim Barnett Park, Shawnee Springs Preserve, and Abrams Creek Wetlands Preserve.

Abrams Delight: (1340 S Pleasant Valley Rd, Winchester, VA 22601) Abram’s Delight is a historic home located in Winchester, Virginia. Built in 1754, it is the oldest house in the city.

Frederick County Courthouse: (317 S Cameron St, Winchester, VA 22601) This Greek Revival Courthouse was built in 1840, on the main street in downtown Winchester, Virginia. Alterations made to the Courthouse over the years were removed during the renovation and restoration process, and the building’s oldest layers were exposed, repaired, and refinished.

The Douglas School: (598 N Kent St, Winchester, VA 22601) Douglas School, also known as the Douglas Community Learning Center, is a historic school for African-American students located at Winchester, Virginia. It is a central auditorium plan school built in 1927, with funds from the John Handley Endowment. It is a one-story, dark red brick building with a four columned, Classical Revival style entry. Additions to the building were made in 1940, 1951, and 1962. The school served as the only African-American school in the city until 1966, when it was closed after integration of the Winchester schools,

Hexagon House: (530 Amherst Street, Winchester, VA 22601) Hexagon House is a historic home located in Winchester, Virginia. It was built between 1871 and 1873, and is a two-story, hexagonal shaped brick dwelling. It has a central chimney and is topped by a low-pitched roof.

Glen Burnie: (901 Amherst St, Winchester, VA 22601 on the grounds of the Museum of the Shenandoah Valley) The Glen Burnie House sits on land that Winchester founder James Wood surveyed, claimed, and then settled in 1735. The oldest portions of the house were built by Wood’s son Robert in 1794 and 1797. After passing through generations of Wood and Glass families, the 254-acre Glen Burnie property came to be owned by Wood descendant Julian Wood Glass Jr. (1910–1992) in the 1950’s. Glass preserved and renovated his ancestral home from 1958 to 1959. Then, aided by his partner at the time R. Lee Taylor, he transformed the house into an opulent country retreat surrounded by six acres of formal gardens and furnished with one of the most remarkable private collections of decorative arts ever assembled in the Shenandoah Valley.

Star Fort: (Star Fort Dr, Winchester, VA 22601) The Civil War Trails sign at Star Fort is on one of the last remaining defensive forts ringing the city of Winchester. Three times during the Civil War, Star Fort played a major role in the defense of Winchester. The fort itself was first artillery emplacements for Confederate General Thomas “Stonewall” Jackson in 1861. The Star Fort was built on this site in January 1863 by Union General Robert H. Milroy and his men. The property is gorgeous and it’s an especially wonderful location for scenic overlooks and star gazing.

Museum of the Shenandoah Valley: (901 Amherst St, Winchester, VA 22601) The Museum of the Shenandoah Valley is located at 901 Amherst Street, Winchester, Virginia. The Museum interprets the art, history, and culture of the great valley for which it is named. With the Glen Burnie House, scenic gardens, and much more to see and do, photographic opportunities abound.

Shenandoah University: (1460 University Dr, Winchester, VA 22601) Adjacent to Jim Barnett Park, the University grounds are both scenic and impressive architecturally. Again with the flora, fauna, and other natural scenery, the vast expansive of the campus provides ample opportunity for photography.

Shawnee Springs Preserve: (512 Hollingsworth Dr, Winchester, VA 22601) This is a great nature preserve created from a converted golf course. Paved pathways along the river and through the hills and cleared grass paths to hidden benches affords easy access to natural beauty as the grounds are abundant with flowers, plantings, as well as living encounters with bald eagles and many other birds, butterflies and more.

Abrams Creek Wetlands Preserve: (1643 Meadow Branch Ave., Winchester, VA 22601) The Abrams Creek Wetlands Preserve (ACWP) is a permanently protected 25-acre wetland and natural area. Although bisected by railroad tracks and surrounded by homes and other development, the wetlands support a remarkable diversity of plant and animal life that has attracted considerable attention from biologists. And photographers!

Now, this is by no means a list of the only places.  There are countless places that will capture the eye of photographers of all skill levels.  And we’re fairly certain that even as you wander around to visit some of our suggestions you will find some of your own best places to take photographs in Winchester, Virginia.